We are a small, family run business: These are a few of the funny looking faces you will encounter if you come and visit us! 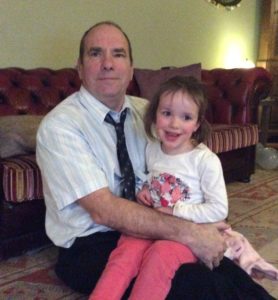 Barrie is founder of The Ennerdale Brewery along with wife Doreen, daughters Jodi and Emily and son in law Paul. He first moved to Cumbria from Teesside in 1998 to work at Sellafield, starting life as a Mechanical Inspector, then Engineer and has recently left his role on site as Project Manager. Barrie first started home brewing on the side as a way to make ends meet, but this lead to bigger things in 2008 when he opened The Ennerdale Brewery. He dreams of winning a major award for one of our ales- Then he might finally retire! 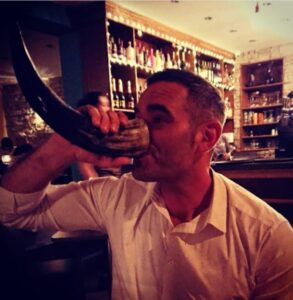 Paul deals with most things at the brewery, from brewing beer to designing logos and anything IT or engineering related. He is husband to Emily and dad to Sofia. Although he works full time as a mechanical engineer, he is always first in line when there are technological questions to be answered.  His passion for real ale started when he brewed his first homebrew in his mams shed! He’s design a number of beers himself since them and standards have dramatically improved. He knows most things about the brewery as he installed it all with Barrie when they moved into the new building. 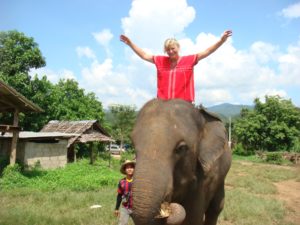 Doreen is wife to Barrie, mum to Jodi and Emily, gran to Sofia, Lewis and Elliot and manager of The Brewery Tap. She deals with all of the restaurant/bar orders and works alongside kitchen staff to deliver delicious food and exceptional service to our customers. Doreen also manages bookings and preparations for large parties and events such as baby showers and birthdays. On the rare occasion she is not in The Tap she can be found holidaying at the caravan with Barrie or looking after the gran kids! 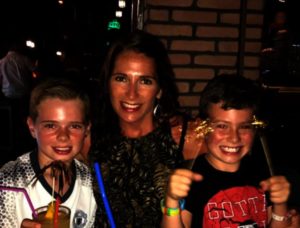 Being the oldest daughter means great responsibility. As soon as she hit the legal drinking age, Jodi was nominated guinea pig for Barrie’s home brewed beers- which resulted in some good and some not so good experiences! Mum of Lewis, Elliot and Letti the Boxer, Jodi is director of all things brewing and beer. She places orders, manages accounts and invoices, organises Brewery Tours and helps out in The Brewery Tap during busy periods. She is a general wonder woman! 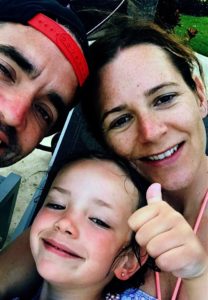 Emily is daughter numero 2. She was also raised on Barries home brew and can vouch that the tastes have improved considerably since the 90s! Despite working full time at a local firm as a senior buyer, Emily has also been director at The Brewery for five years. Her role involves setting up events and helping at The Tap whenever she is needed (including quality control of food and beer!) She is wife to Paul and mum to the bossiest little Brewery Tap member, Sofia. Her claim to fame is meeting Greg James and Rowan Atkinson who have both visited The Brewery. When she’s not working you will find Emily doing Pilates, spending time with her family or fell walking with her pooch! 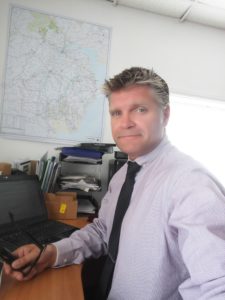 Russell is our sales manager and general master mind. He started at The Ennerdale Brewery in 2017 after previously working in and managing a number of successful bars. He knows what beer drinkers want and he is always on the road visiting our loyal customers, as well as potential clients, to give out samples and get feedback. Russ is the brain power behind our ales getting on the shelves in Morrisons. We don’t know what we would do without him! 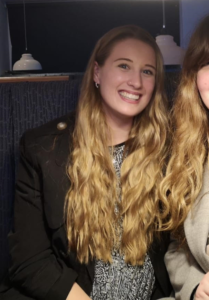 Charlie’s role involves calling up customers to place orders and listen to feedback, updating the website and blog, organising events, creating promo material, playing around on Social Media and, of course, redirecting irritating cold calls to Barrie. When she’s not working you can find her volunteering and planning events for the charity Siiboo UK or visiting different countries- especially Bordeaux in France where she used to live! 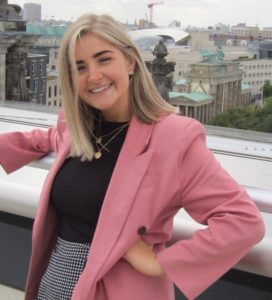 Lucy is the sales and marketing assistant numero two. She recently graduated in Biology from Newcastle University and is loving working at the Brewery. Like Charlie, she calls customers for orders and feedback, organises events and brewery tours and is an avid user of the Ennerdale Brewery blog and social media accounts! When not at work, she enjoys swimming in the Lakes, exploring new cities/countries and relaxing at home with her friends, family and a book! 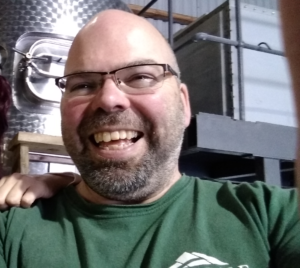 Dave is the designer, the inventor, the maker, the creator and the producer! He is our chief (and only) brewer so without him there would be no Ennerdale Ales (gasp). He is responsible for creating the new recipes for our seasonal specials and his beer knowledge is second to none- ask him any brewery related question and he will tell you the answer (We reccomend Daves mid-week Brewery Tours!) When he’s not working he likes to spend time with his family, explore the Lakes and experiment with home brews. 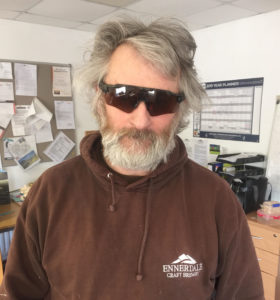 Steve moved to Cumbria from Nottingham in 1999 and started working at The Brewery in summer 2016. He drives the van all around Cumbria and Lancashire on Wednesdays and Thursdays delivering our beer to our lovely customers. He is a friendly and familiar face for The Brewery and he will chat to you for as long as you let him! 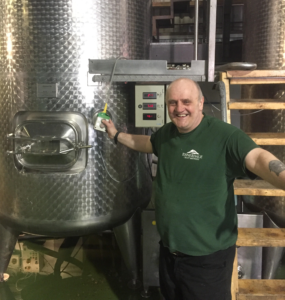 George has been part of The Ennerdale Team for a very long time. He does everything in The Brewery that Dave can’t (or won’t!) do. From racking and cask washing to deep cleaning the brew house, he is a vital member of the team to ensure that the brewing process runs smoothly.

The laziest Boxer you will ever meet! Letti joins us in the office on Mondays, Wednesdays and Fridays to help with sales and increase team morale!